Gophers vs. Groundhogs: What's the Difference?

What comes to mind when you think groundhog or gopher? Most people might say groundhogs are those cute little ground-dwelling rodents and their close cousin, the prairie dog.

Gophers may seem like a type of rodent as well, but they're actually more closely related to ground squirrels.

In this article, we will explore some key differences between groundhog vs gopher!

What is a Groundhog? 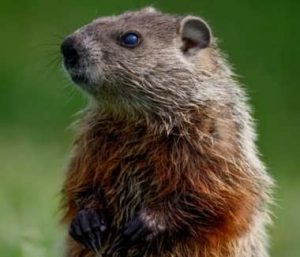 Groundhogs, also known as woodchucks are lowland creatures of North America, are more prominent than their cousins. They can grow up to 20 inches long and weigh between four and nine pounds.

However, if predators are scarce, they can grow and weigh even more. Groundhogs are close relatives to squirrels; if you look at them closely enough, you may notice the similarities.

One of the main differences between gopher vs groundhog lies in the teeth. Woodchuck teeth are white and remain hidden while their mouth is closed.

What is a Gopher? 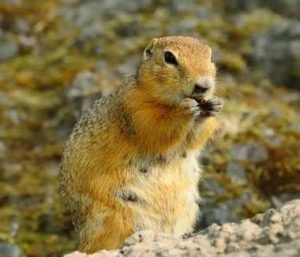 They are also known as pocket gophers are ground-dwelling rodents that live in burrows underground from Central and North America. They can grow to around 8 inches in length, and they tend to weigh a pound.

Since they are much smaller than their cousins, they are easier to prey on. Pocket gophers often stay underground and attack plant roots or other burrowed produce such as carrots or potatoes.

Speaking of rodents, they are closely related to beavers rather than squirrels, despite their size.

Furthermore, their teeth are always visible and have a pale yellow tone since they use them for digging.

For the most effective methods, contact professional exterminators to eradicate these rodents in your backyard

There are some differences between a gopher and a groundhog. A gopher is a tiny rodent weighing about 2-3 pounds.

Groundhog weights are around 10 pounds. Other differences in weight are the Gophers which weigh roughly 2 to 3 pounds. The Groundhogs weigh a mere 10 pounds.

A gopher's teeth are either a brilliant yellow or brownish in color. Unlike groundhogs, many of them have pink feet, which distinguish the two creatures from one another.

A gopher's tail is also hairless and has no fur, while that of a groundhog does not leave any room for confusion as to its identity with thick furry coatings all over it!

Woodchucks dig burrows to live underground, while Gophers create tunnels that go deep into the ground. Groundhogs only come up for feeding time after sunset. They also feed on plants that are different from groundhogs.

They both have different life spans depending on what they do for their livelihoods. Woodchucks are more likely than Gophers to be killed by predators such as coyotes and foxes.

Gopher has rounded cheeks to store foods, while Groundhogs have a thick physique and transitional legs. Woodchuck has a thick body, and the other has thin skin.

Nearly 35 species of gopher have been identified. This bird has a scientific name: Marmota monax. The groundhog is one of 14 species in the marmot family, but there’s only one type of groundhog.

Likewise, one groundhog has white hidden teeth inside it. On the other hand, gophers have large teeth to chew their roots and tubers.

How Can I Deal With These Rodents?

Both groundhogs and gophers can create risks for your household members, property, and garden. The holes they create are large enough to make your trip, making them potential hazards.

Fortunately, there are ways to deal with them without too much effort. An easy way for you to get rid of them is with odor since they prey on other animals.

Some stores should sell packages with the scent of predator urine, such as a cat. Many people use these products near the entrances of their holes.

They tend to hide them in areas these rodents like, such as tall grass. The scent will discourage them from staying and make them leave.

Groundhogs, in particular, are easier to deal with since you can spook them when they're outside.

Gophers and Groundhogs are as different as they are similar. They have significant differences that set them apart, but ultimately we can agree to call them one thing: a backyard problem!

If you can't seem to get rid of your big burrowed rodent problem, you may want to call professionals.

They can either catch the animals or flush them out of their holes in different ways!

So if you want a guaranteed solution, go ahead and consult 24H Pest Pros for help.
GET RODENT CONTROL

Gophers are not aggressive, but they will bite when aggravated. Woodchuck has a reputation for being more temperamental than gophers and might attack an intruder if it feels threatened.

Groundhogs are omnivorous and will eat grasses, clover, alfalfa, and dandelions.

Gophers are not considered dangerous to humans, but they can be destructive. They can cause a lot of damage to lawns and gardens by digging up the earth.

How to Get Rid of Rats in Sewer Pipes
Rat Infestation: Signs of Rats & Prevention
What Does Squirrel Poop Look Like? Identify Squirrel Droppings
Gopher vs Mole: What's the Difference?
NEED HELP? WE'RE AVAILABLE 24/7. CALL NOW.
1.866.501.2444
TAP TO CALL