What Does a Termite Look Like? Termite Identification Guide 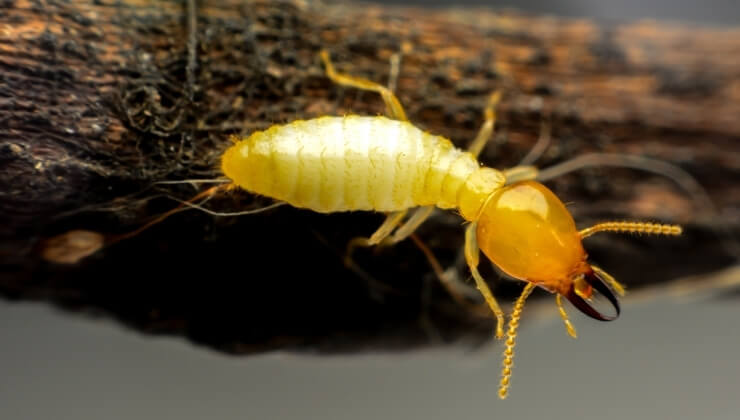 Do you know what does a termite look like? Many people don't, and that's because they are often mistaken for ants.

Termites are small, whitish insects that can be found in many parts of the world.

They live in colonies of thousands of individuals and can cause significant damage to homes and other buildings.

In this blog post, we will discuss the physical characteristics of termites, as well as some common signs that you may have a termite infestation. 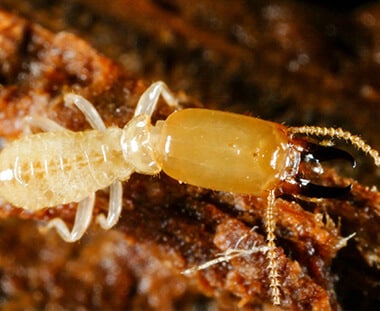 Termites are small, winged insects that are often mistaken for ants. They range in size from one to five millimeters and have brown or black bodies.

The wings of a termite are clear and evenly sized. The front wings are larger than the hind wings. Termites also have long, segmented antennae.

The physical appearance of a termite can vary depending on the species. Termites can have colors ranging from yellowish-brown to dark brown.

The bodies of ants are thinner than termites, with a more defined waist between their thorax and abdomen.

What Do Termites Eat?

Termites are wood-destroying pests. They feed on cellulose, which is a major component of wood.

Termites tunnel through wood and eat the soft, inner part of the wood. This can cause serious damage to homes and other buildings if left unchecked. 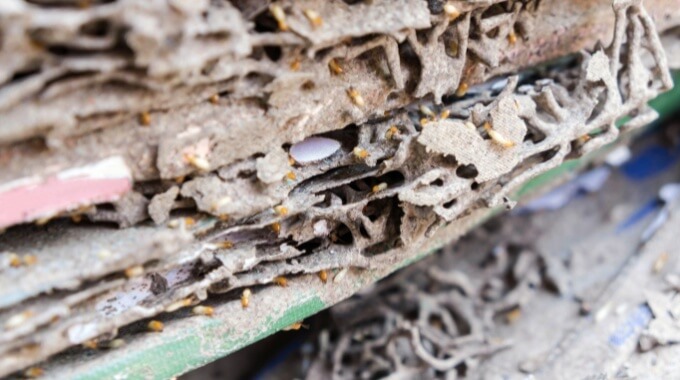 These damages are often hard to spot because it occurs gradually over time. However, there are some common signs that you may have a termite problem.

Some of the most common signs of termite damage include:

If you see any of these signs, it's important to contact a professional for a pest control inspection. This damage can be costly to repair if it's not caught early. 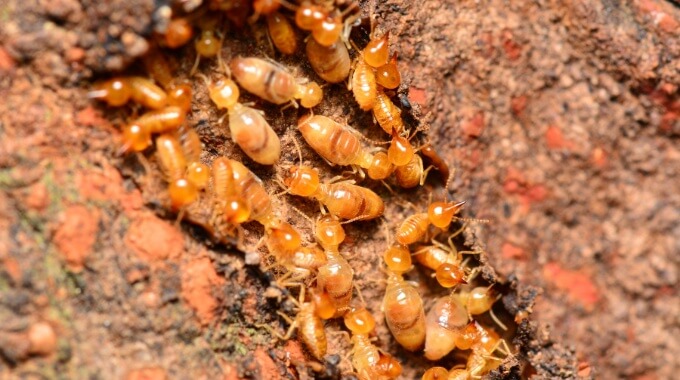 There are a few common signs that you may have a termite infestation. These include:

How to Identify Different Species of Termites

It is possible to identify termites with just a few quick searches. Remember termites are typically only 1 to 2 inches tall.

This makes identification even tougher because termites hide from view in properties for years. 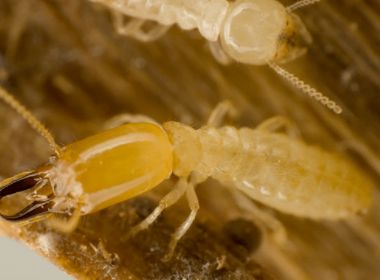 This is a soldier from the subterranean termite genus native to the eastern subterranean. Swarmers can grow to 3/16 inches in size.

In the eastern subterranean termite army, there are powerful mandibles that protect their colonies.

The native subterranean termites live at moist and dark sites. It primarily feeds upon the structural wood, destroying its base and leaving thin shells behind. 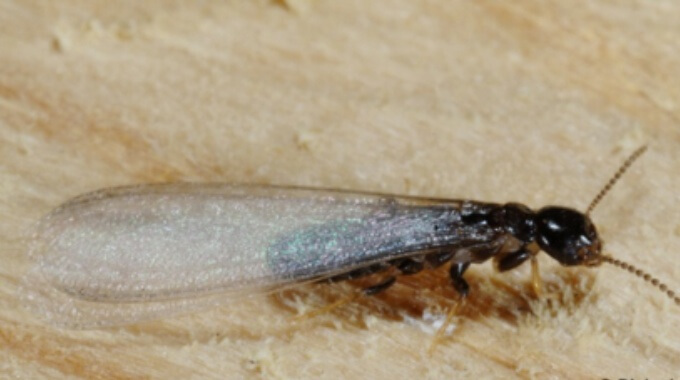 They appear darker than soldiers and have functional compound eyes. In the body of the animal a termite and an ant - a reproductive termite can distinguish between the wings and the wing of the ant. 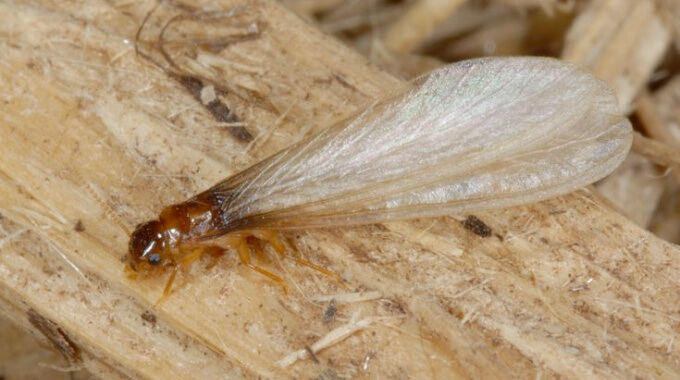 Unlike native termites, which swarm at night, Formosan termites usually swarm at sunset or dawn.

It swarms later in the summer season than some termites, normally between May and July.

Formosan alates are more yellow in color when compared with the subterranean reproductive.

It has a yellow to dark brown body and smoky wings with smokey colours. Formosan Termites are even smaller than native termites. 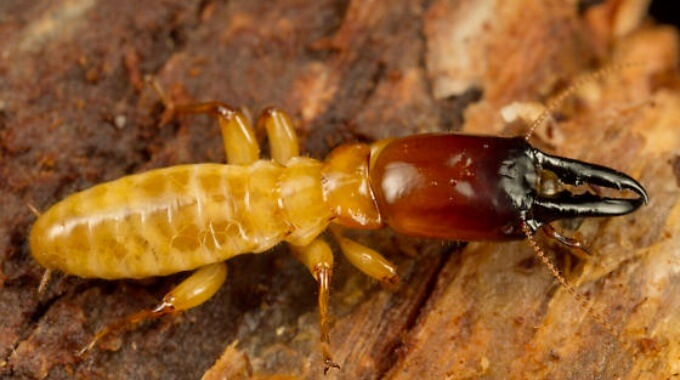 They usually feed on wood that is very moist and decayed, and this is usually found outside (stumps, logs, or trees). They create large galleries and they only stay inside the infected wood.

Dampwood termites generally stay close to the ground but will choose moist, decaying wood anywhere it is found.

Drywood termites are often found in and require little moisture in the wood they eat. A termite's mouth is capable of tearing pieces of woody material. 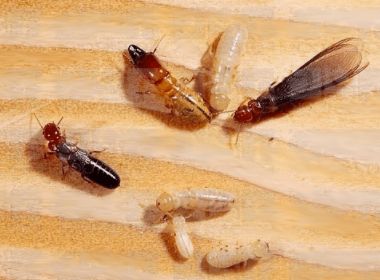 Drywood termites are located in small populations compared to their subterranean cousins. This species nests in dry wood, which makes it one of the pests of wood frame homesteads.

Like many termites, drywood termites consume structural wood and leave a hard shell that shatters. Unlike most termites, the species does not require water.

Drywood worker termites exist in the southern half of the US and extend to north Carolina as well north of the US.

They are approximately 1 1/2 inches and 3/8-inch long. It helps to distinguish dry wood termites and subterranean termites in terms of their waste. 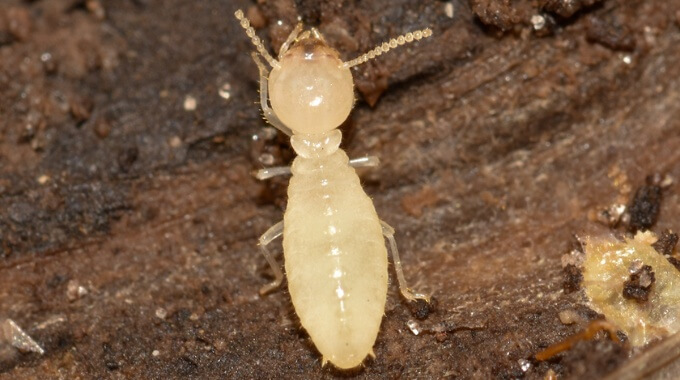 Formosans are subterranean termite soldiers measuring approximately 1/4 inch. Its body is darker and oval, it's oval in shape and has an angled stomach with a thin belly and curved antennae.

Similar to subterranean soldiers from Eastern Asia, Formosans also have powerful teeth that protect a colony.

Formosan termites were introduced in the ocean trade and have caused tens of thousands of dollars worth of damage to the southeastern US, California, and Hawaii annually.

They can multiply, or decompose wood structures much faster than the rest of the subterranean species. 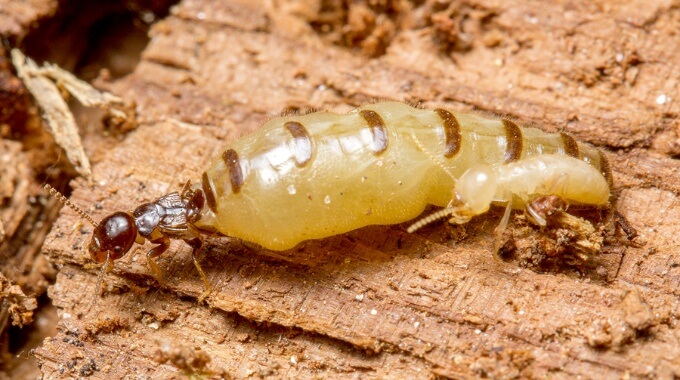 The termite queen carries a small termite body attached to an open space for her egg-laying. It is distended and therefore a nest of termites has to be built around it.

A termite queen can lay more than 20,000 eggs a week. She can also produce more than 65 million eggs per year allowing her to survive a lifetime.

Do Termites Have Wings?

If a termite has wings, it's a very common question that answers with "no." These termites are often queens, kings, or swarms.

This group is the only reproducing termite species in colonization. Flying termites really helps keep termites in homes.

What bugs can be mistaken for termites?

Sometimes ants such as carpenters ants are misinformed about termites. The majority of homeowners are unaware they have termites until they see this insect swarm.

The termite swarmer has darker colors than the others of their family and many of its species may even be black, similar to flying ants.

The reason is that ants and termites have a different colour. Fortunately, a good look will tell them apart easily. 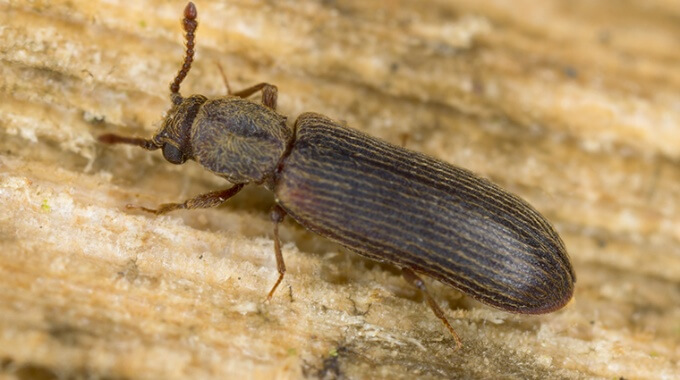 Powderpost beetles are wood-boring pests that can reduce wood to a powdery substance.

The adult beetle bores through the surface of the wood, leaving small holes, about the size of a pinhead. As it bores into the wood, the beetle lays eggs in crevices along its tunneling route. 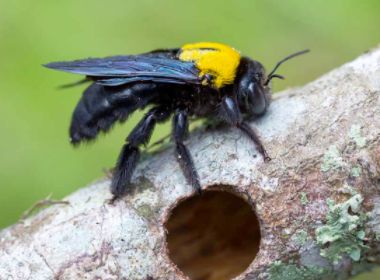 Carpenter bees get their name because they bore tunnels into the wood to lay their eggs. The bees are attracted to unpainted or weathered softwoods, such as redwood, cedar, cypress, and pine.

They will also tunnel into painted or varnished wood. The bee bores a hole about the diameter of a pencil, then turns at a right angle and starts tunneling parallel to the grain of the wood.

Carpenter bees do not eat wood; they only tunnel into it to lay their eggs. However, their tunnels can weaken the structure of a building if enough bees are present. 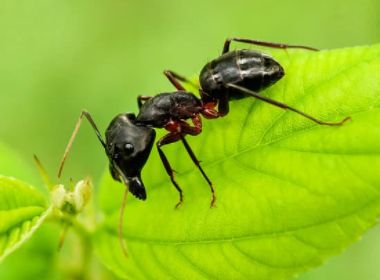 They are one of the most common household pests in the United States. They get their name from their ability to tunnel into wood to build their nests.

They are attracted to damp or rotting wood, so they are often found in wet, decaying areas of a house, such as around leaks in pipes or in damp crawl spaces.

They have the colour black or dark brown and range in size from one-quarter to three-quarters of an inch long. They have a narrow waist and long, pointy antennae.

If you see them in your home, you might think they are workers. 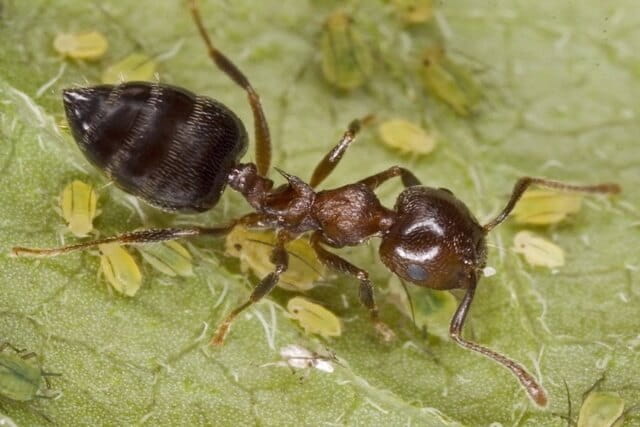 Acrobat ants get their name from their ability to raise their abdomens over their heads, which they do when they feel threatened. These insects are small, only about one-eighth of an inch long, and range in color from light brown to black.

They live in trees and shrubs, but can also be found in houses. They build their nests in voids and crevices, such as behind baseboards, inside cabinets, and under roofing shingles.

They are attracted to sweet foods and often enter homes in search of sugar. They also look similar to subterranean termites.

A termite without wings is typically a worker termite. They are the most common type of termite and are responsible for doing most of the damage to homes.

Termite workers are about one-eighth of an inch long and range in color from white to pale brown. They have straight, beaded antennae and no wings.

What can be mistaken for termites?

Often confused with termite pests, they are flying bugs. The most common ants flying around your home are carpenter ants, but these are not just the same species.

Can you see termites with the human eye?

These bugs appear to look very similar to this pest with several distinctive variations including white transparent wings with rounded tips equal in length. A tiny body less than 1/4 inch in length.

They are dark brown and look the same as flying ants, however, termites may also be identified by certain distinctive features. Ants and fly termites have two wings.

Termites have long and narrow body lengths which vary widely. They seem segmented, as their waste is thin.

If you are in an area where termites are common, it is important to be able to identify them.

Although they may seem harmless, termites can cause a lot of damage to your home if they are left unchecked.

You have learnt about what does a termite look like, what they eat, and where they live.

If you think you may have termites in your home, contact a professional exterminator for assistance.

Natural Termite Control: Is It Possible?
How to Get Rid of Termites: A Quick Guide
How to Get Rid of Flying Termites
Do Termites Bite Humans? Symptoms, Treatments, and Removal
NEED HELP? WE'RE AVAILABLE 24/7. CALL NOW.
1.866.501.2444
TAP TO CALL